When it comes to subscription boxes we tend to think of the giants like Fab Fit Fun, Loot Crate, Ipsy and others in that vein but there’s a new contender from the most likely corner of the sphere… a fast food company to boot. It’s none other than Arby’s guys. Their brand new (and sold out) subscription box. Each package contains Arby’s merch and the 6 month subscription is just a mere $25.

They launched the subscription and within an hour were sold out not being able to meet the demand. We’re curious how many of you guys out there are interested in something like this? We haven’t eaten at Arby’s in a hundred years and thought they were going to be extinct, perhaps they have a cult following we were not aware of.

Until they’ve restocked their supply you can sign up to be notified! Just click the link below! 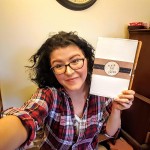